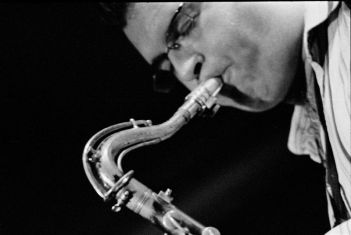 Matt; a saxophonist/flutist and founder of Matt and Phred’s Jazz Club has been one of the main driving forces in jazz and live music over the last 25 years in the North West England.

Matt has a full sound on tenor and a flowing melodic playing style. Matt plays all saxophones flute and clarinet He starting playing at the age of 13 Matt learning his craft on the streets busking in his teenage years and also running and promoting bands from the age of 15. A notable session player with many bands Matt was a member of cult Acid-Jazz Band Chapter and the Verse, No1 Rave band E-Lustrious and legendary DJs, The Jam MCs.  His tireless promotion of jazz in Manchester and the North of England lead to the foundation of Matt and Phred’s Jazz Club in 1999.  The Manchester Jazz Festival and Iroko records.

It was at Matt and Phred’s Jazz Club  that Matt had the chance to stage the music for a greater audience, giving local and international musicians a rare platform outside of London. Nicknamed the “Ronnie Scotts of the North” Matt and Phred’s Jazz Club has now become a world famous  and has been key in the development of the Manchester Jazz scene. The development of the musicians was a key role in the ethos of the club in those early days and residences were given so the individual musicians and bands so they could “try out” without artistic restrictions placed up them. After ten years at the club Matt has now left to pursue his current musical projects

CRaB which includes the virtuoso bass of internationally acclaimed musician Michael Cretu on Double Bass and the impeccable percussion of Chris Cruiks.